Next year, Colorado residents and tourists alike will have access to cannabis tasting rooms that advertise a try before you buy approach to using the plant based medicine. Taking a Colorado marijuana vacation is going to get easier.

There is even room for new delivery services that will bring the pot directly to your home as if you were ordering a pizza.

Of course, there are a few catches to this new law that any smoker will want to read up on before hitting up one of their local cannabis smoking lounges. This new ordinance will depend on how local governments chose to opt in if they do at all. City council members, mayors, and even local voters will have to come to a decision over what they want to allow in their cities and towns. There may be more cannabis friendly hotels opting in also.

Places like Denver, that are already filled to the brim with dispensaries and smokers, will no doubt pass each new law with ease. Conservative areas like Colorado Springs may choose to hold back until more data can be gathered. The ultimate goal is to regulate cannabis exactly like alcohol, but only time will tell how these events will transpire.

What the new law is all about
House Bill 1234 states that home delivery can begin to all residents with a red card starting in January. Red cards are for medical marijuana patients only so others will have to wait until 2021 when recreation dispensaries and other delivery services can bring the plant to whoever wants to partake.

The restrictions aren’t just whether or not these cannabis dispensaries near you are allowed to deliver though. Finding a dispensary deal is going to be easier now as well. There will also be votes to determine whether weed shops can deliver to residential homes that are located in different towns or regions. Dormitories and college campuses are completely off limits, and age guidelines will still need to be followed to the letter. This restricts medical cannabis to those 18 and up and recreation to anyone who is 21 or older.

House Bill 1230 deals with social consumption of the plant. Particularly, there are two types of businesses that will get the green light. Cannabis tasting rooms will augment every strain with a try before you buy methodology that will no doubt boost sales of certain products. These are set to go live in January for any region that votes them in.

The other business is what will be known as a cannabis hospitality establishment. While these cannabis smoking lounges can’t sell Marijuana on site, they will allow people to bring their own cannabis into the mix and have a social environment to get blazed in. This will be an exception to the Colorado Clean Air Act, which forbids residents from smoking in public places. There will also be cannabis tour buses that take users to various local shops that partner with these establishments.

It comes in response to the backlash that was received when residents were invited to the state in order to check out recreational cannabis dispensaries but were unable to use the marijuana or take it with them when they left. This put the tourists between a rock and a hard place that forced them to break the recreational cannabis laws or completely dismiss the whole reason they traveled down here in the first place.

Where do we go from here?
With the passing of these house Bills, you can expect a whole ton of lobbying to begin by both recreational cannabis smokers and medical patients alike. The discussion will surely heat up more and more as January draws near. You shouldn’t be surprised if you see and hear a cavalcade of ads about the topic everywhere you go either.

Some patients who have a hard time leaving the house due to their ailments will no doubt love the ability to have their medicine delivered to their door. Plus there will be no shortage of businesses looking to target that untapped market. Social spaces will be great for bringing in new cannabis tourists and raising capital that way. As for residents, there should be much less illegal outdoor smoking in places such as parks and subdivisions.

State legislatures will have their work cut out for them as they attempt to organize new local licenses and managing the training of employees for these new social spaces. It is a big step forward for marijuana users and the economy alike. While many cities will choose to opt out at first, it is expected that many will quickly reconsider when they see how successful these new programs will be. Especially with how fast the tides turned after recreational adult cannabis sales began to flourish several years ago. 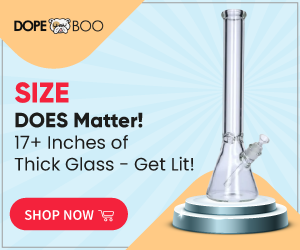